Jeremy D. Thigpen Executive Member of the Board of Directors (President and Chief Executive Officer) 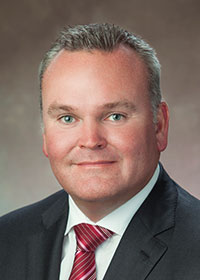 Jeremy D. Thigpen, age 47, U.S. citizen, is President, Chief Executive Officer and a director of the Company since 2015. Mr. Thigpen served as Senior Vice President and Chief Financial Officer at National Oilwell Varco, Inc. (NYSE: NOV) from 2012 to 2015. During his tenure at National Oilwell Varco, Mr. Thigpen spent five years from 2007 to 2012 as the company's President of Downhole and Pumping Solutions business, and four years from 2003 to 2007 as President of its Downhole Tools group. He also served in various management and business development capacities, including Director of Business Development and Special Assistant to the Chairman for National Oilwell Varco.

Mr. Thigpen earned a Bachelor of Arts degree in Economics and Managerial Studies from Rice University in 1997, and he completed the Program for Management Development at Harvard Business School in 2001.