Samuel Merksamer Member of the Compensation Committee and the Finance Committee, Transocean Ltd. 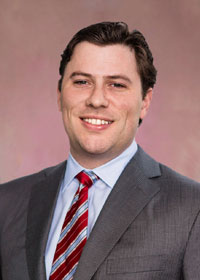 Samuel Merksamer, age 42, U.S. citizen, has served as a director of the Company since 2013. Mr. Merksamer was a Partner at SoftBank Investment Advisers, an affiliate of SoftBank, from 2019 to 2022. Prior to then, he was a co-Founder of Caligan Partners, L.P., an investment firm from 2017 to 2019 and a Managing Director of Icahn Capital LP, a subsidiary of Icahn Enterprises L.P., from 2008 to 2016. From 2003 until 2008, Mr. Merksamer was an analyst at Airlie Opportunity Capital Management.

Mr. Merksamer received an A.B. in Economics from Cornell University in 2002.