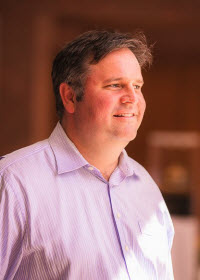 Mr. Pack joined Transocean as the company's CAE in August 2018.  In this role, Mr. Pack leads the internal audit activity to evaluate and contribute to the continued improvement of governance, risk management and control processes.

Mr. Pack previously served as Vice President Internal Audit at National Oilwell Varco, where he spent 16 years.  At NOV, Mr. Pack held several roles including Vice President Finance Drilling and Intervention, Vice President Finance Africa, and Global Controller Downhole.  Prior to its acquisition by NOV in 2006, Mr. Pack served as Senior Controller of NQL Drilling Tools Inc.  Mr. Pack has served as Director and Chairman of the Audit Committee for two publicly listed Exploration and Production companies; Kallisto Energy Corp (11/2006 to 06/2013) and Shelton Canada Corp (03/2007 to 12/2009).  Mr. Pack started his career at Deloitte and Touche in Edmonton, Alberta, Canada where he worked as a Staff Auditor for 3 years.

Since 2002, he is a Chartered Accountant and member of the Chartered Professional Accountants of Alberta.  Since 2009, he is a Certified Public Accountant, licensed with the Texas State Board of Public Accountancy.  He is a Certified Internal Auditor and member of the Institute of Internal Auditors since 2015.  He holds a Bachelor of Management Degree in Accounting and a Bachelor of Science Degree in Biology, Chemistry and Math from the University of Lethbridge.

“The people of Transocean value integrity, competency, and efficiency. We encourage the contribution of all stakeholders and are dedicated to our customers’ success.”