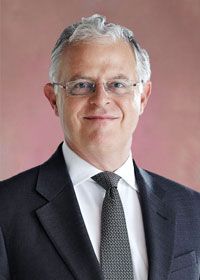 Glyn A. Barker, age 69, U.K. citizen, has served as a director of the Company since 2012. Mr. Barker served as Vice Chairman-U.K. of PricewaterhouseCoopers LLP (PwC) from 2008 to 2011. He was also responsible for PwC's strategy and business development for the geographic areas of Europe, the Middle East, Africa and India. Mr. Barker joined PwC in 1975 and became an audit partner in 1987. He then established PwC's private equity-focused Transactions Services business and led it globally. He joined the Management Board of PwC in the UK as Head of the Assurance Practice in 2002. In 2006, he became U.K. Managing Partner and served in that role until 2008.

Mr. Barker received his Bachelor of Science degree in Economics & Accounting from the University of Bristol in 1975 and is a Chartered Accountant.