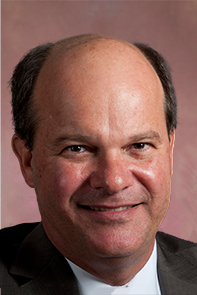 Frederico F. Curado, age 59, citizen of Brazil and Portugal, has served as a director of the Company since 2013. Mr. Curado is the Chief Executive Officer of Ultrapar S.A. (NYSE: UGP) since 2017, and previously served as President and Chief Executive Officer of Embraer S.A. (NYSE: ERJ) from 2007 to 2016. He joined Embraer in 1984 and served in a variety of management positions during his career, including Executive Vice President, Airline Market from 1998 to 2007 and Executive Vice President, Planning and Organizational Development from 1995 to 1998.

Mr. Curado has been a director of ABB Ltd since 2016. Mr. Curardo was a member of the Executive Board of the ICC - International Chamber of Commerce from 2013 to 2018, a director of Iochpe-Maxion S.A. from 2015 to 2017, the President of the Brazilian Chapter of the Brazil-United States Business Council from 2011 to 2016, a member of Brazil's National Council for Industrial Development from 2011 to 2016, and was a director of the Smithsonian National Air and Space Museum from 2014 to 2017.

He received his Bachelor of Science degree in Mechanical-Aeronautical Engineering from the Instituto Tecnológico de Aeronáutica in Brazil in 1983 and an Executive Masters in Business Administration from the University of São Paulo, Brazil in 1997.