Tan Ek Kia Chairman of the Compensation Committee and Member of the HSES Committee, Transocean Ltd. 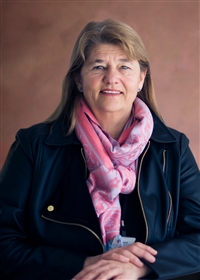 Tan Ek Kia, age 72, Malaysian citizen, has served as a director of the Company since 2011. Mr. Tan is the former Vice President, Ventures and Developments, Asia Pacific and Middle East Region of Shell Chemicals, a position in which he served from 2003 to 2006. Mr. Tan joined the Shell group of companies in 1973 as an engineer and served in a variety of positions in Asia, the U.S. and Europe during his career, including as Chair, Shell Companies, Northeast Asia from 2000 to 2003, Managing Director of Shell Nanhai from 1997 to 2000 and Managing Director of Shell Malaysia Exploration and Production from 1994 to 1997. Mr. Tan also served as the Interim Chief Executive Officer of SMRT Corporation Ltd from January to October 2012.

Mr. Tan received his Bachelor of Science degree in Mechanical Engineering from the University of Nottingham in 1973. He is a Chartered Engineer with the UK Engineering Council and a Fellow of the Institution of Engineers Malaysia.